12 Best Events in West Yellowstone Throughout the Year

West Yellowstone, Montana is not just a gateway to the national park, but a destination in and of its own, filled with unique events throughout the year that draw people from all across the country. “This is such a great place to hold an event,” says Brian Giordano, who organizes a unique competition called Skijor West, which is part cross-country skiing, part rodeo. “We get the best competitors in the country here, and they love it.”

You don’t have to be an elite athlete to enjoy all that West Yellowstone has to offer. From air shows to bike rides to rodeos, you’ll find something to enjoy on a trip to this scenic destination. Here are 12 annual events that are worth planning a trip around.

1. Taste of the Trails

When : February Where : Rendezvous Ski Trails

What’s better than skiing or snowshoeing at the famous Rendezvous Ski Trails? Getting fed along the way. The Taste of the Trails is a 5K event that’s supported with food stations throughout the course. According to event organizer Toni Brey, skiers can look forward to appetizers, a soup station, a main course, and dessert at stops along the course. “This year for dessert, we had homemade cream puffs, chocolate chip cookie bars, and a variety of bread pudding from a local bakery in town, The Book Peddler/Bunkhouse Barn Interiors,” Brey says. “We are positive you will not go away hungry.”

After the race, listen to music and enjoy a party atmosphere. For those new to the sport, it’s an excellent way to get started in cross-country skiing at your own pace with plenty of support (and delicious sustenance) along the trail. “Every year this event feels like a family reunion,” Brey says. “You run into people you met at a previous Taste of the Trails and catch up like old friends. It is an experience you won’t soon forget.”

When : March Where : Rendezvous Ski Trails

The Rendezvous ski trails are also used for this popular race that brings in skiers from all over the country. “The whole attitude of the West Yellowstone Rendezvous is really positive and fun,” says Hailey Hosken, a skier who has participated in the event several times. “The course itself is engaging and beautiful as you wind through the pine trees near Yellowstone. There are some serious climbs and fast downhills. I’m not a serious ski racer but have made a point to sign up for the last few years in a row.”

While the race does attract elite skiers, most of the participants are like Hosken, racing for enjoyment over sheer competition. Classic and skate divisions are both offered, and competitors start in waves based on estimated time and ability. The event welcomes skiers of all abilities and is a grand celebration of the Rendezvous Ski Trails and the sport of Nordic skiing.

When : March Where : Skijor West Racetrack

Nowhere else in the world of sports will you find something quite like skijoring, where horses pull cross-country skiers along a timed course. “It’s a wild sight,” Giordano says. “It’s like slalom skiing, where the horses are pulling skiers around obstacles to complete a course—and they’re flying! Most of them finish in around 16 to 18 seconds.”

Skijor West is the championship event that finishes up a season of more than a dozen races held throughout the west. Spectators will find fast and furious action as they watch these amazing animals and athletes. “It’s definitely something you don’t see every day,” Giordano says. “You will be impressed by what they can do.”

When : March Where : West end of town

At the Snowmobile Expo and Powersports Show, you’ll get a sneak peek at next year’s coolest backcountry machines, along with displays of vintage snowmobiles, rare and hard-to-find models, and the chance to network with other powersports enthusiasts. But perhaps for visitors to the area, the best part of the event may be the snowmobile races. Take in competitions like oval racing, snow bike racing, and a snowmobile rodeo during the show. Are you inspired to try it yourself? West Yellowstone features several outfitters who can get you on a snowmobile and riding in no time.

For cyclists like local rider Mackenzie Martin, spring is the best time to visit Yellowstone, when for a few select weeks each year, certain roads in the national park are cleared of snow but closed to cars. As a result, cyclists have the chance to explore the majestic surroundings of Yellowstone on two wheels without having to worry about any traffic.

“Yellowstone is always filled to the brim unless it’s the cycle-only days,” Martin says. “I was lucky enough to explore Yellowstone in its purest form for the first time last year by bike, and I’ll be doing it again next year without a doubt.”

West Yellowstone is a prime jumping-off point for one of the best routes, as cyclists can travel from the West Entrance all the way to Roaring Mountain, about 33 miles. While you will need some degree of fitness to complete that entire route, riders of all abilities can choose a shorter rides and still enjoy the scenic car-free landscape.

When : July 4 Where : All around town

West Yellowstone is known for its “down home” 4th of July celebration—and let’s face it, it’s tough to find a more spectacular place to lay down a blanket and enjoy a fireworks show. The festivities begin early in the day with the Fire Department BBQ, where you can enjoy lunch at Dunbar Park. Next, stop over at the Yellowstone Historic Center for it’s Pie on the Porch event, where you can buy a slice of homemade pie and help raise money for the museum. It starts at 1 p.m.—and the pies go fast. There’s a Buffalo Chip Chuck Contest (and yes, that’s exactly what it sounds like) at the Town Park baseball diamond, and a parade that anyone can enter starting at 6 p.m. After the parade, head to Town Park for live music and the fireworks display, which will start once the sun goes down.

When : July Where : Rendezvous Ski Trails

Who says biathlon has to be a winter-only sport? In the mountain bike biathlon, mountain bikes take the place of skis on the snowless summer trails. The result is a unique, challenging test of speed, cardio endurance, and precision rifle shooting on the Rendezvous Ski Trails. If you’ve never tried the sport before, beginners will be provided with rifles, ammunition, and training. They’ll also shoot larger targets from the standing position. If you’ve ever watched the sport during the Olympics and thought that it looks like fun, here’s your chance to give it a try.

When : July Where : Yellowstone Airport

You generally don’t need an excuse to look to the air in the Big Sky state, but the Yellowstone Air Fair will give visitors a good one. This first time, family-friendly air show is being organized by Choice Aviation, which has been operating since the 1930s and puts on several air shows each year across the western United States. It took over the operation of the airport in 2018, and it is planning on holding the show in every odd year, starting in 2019. “It’s a free event, and we see it as a way to give back to the community,” says organizer Joel Simmons.

The air fair starts with free plane rides for kids ages 8-17, followed by a ping-pong ball drop, in which ping pong balls will be dropped from the sky, and kids can win prizes by finding specific balls. An aerial show will follow the kids activities, and both military and historic aircraft will be on display on the ground to see up-close. A free barbecue lunch is also included at the event. “It’s a fun way for people to learn more about aviation and the airport,” Simmons says. “For families in particular, these shows are always very popular events.”

When : August Where : Old Yellowstone Airport

Want to know what it was like during the rough-and-tumble heyday of mountain men, traders, and trappers who lived in the West Yellowstone area during the 1800s? The Smoking Waters Mountain Man Rendezvous is a week-long living history encampment that offers visitors the chance to see what life was like for themselves. “We try to keep things true to the period from the 1840s to 1889,” says Dale Boleman, one of the event organizers. “I’ve got a demonstration where I teach people how to build a bow, and then we have a primitive bow shooting competition as well.” There will be other demonstrations of skills from the era, as well as local storytellers steeped in the oral tradition of the Mountain West to help history buffs and families alike imagine the incredibly unique story of the Ameican mountain man.

If you’ve ever been to a rodeo and seen barrel racing, this is a similar event—but with target shooting along the way. At the Diamond P Shootout, you can watch some of the best in the country compete at this thrilling event. “We’ll have more than 80 shooters,” says Rex Portmann, one of the event organizers. “And these are some of the finest riders—and finest horses—you’ll find in the country.” The participants shoot 10 targets on the course, using a 45 Colt, rifle, or shotgun in different competitions, most of them taking between 20 to 30 seconds to finish the course.

“We use a black powder charge, not bullets,” Portmann says. “So you can pop a balloon at 15 feet but not 20 feet.” It’s actually the fastest growing equestrian sport in the country, and this event is one of the largest in the western United States. Stick around for a barbecue dinner and music after the races are done. After watching the competition, you may just want to visit the ranch and go for a ride yourself. Take a trip up to the continental divide and see incredible views of the national park.

When : November Where : Rendezvous Ski Trails

Get your Nordic ski season off on the right foot with the West Yellowstone Ski Festival, which celebrates the kickoff of winter. Participants can brush up on skills with clinics for skiers of all ages and abilities, and races offer the chance to put those skills to the test in a competitive setting. This event, which takes place during Thanksgiving week each year, brings more than 3,500 like-minded people to West Yellowstone to demo new gear, meet up with old friends, and make new ones to ski with for the season. The start of winter is a magical time in West Yellowstone, and for cross-country skiers, this is a great way to begin a new season with excitement.

When : Four weekends throughout the winter Where : All around town

This award-winning nonprofit program offers a variety of family-friendly outdoor activities showcasing the winter wonderland of West Yellowstone. From snowshoeing to ranger-led programs to ice skating, the event offers something for kids of all ages who will love experiencing new winter sports in an engaging, encouraging environment. It’s the perfect opportunity for families to enjoy the winter together.

No matter when you visit, West Yellowstone has something to love. Make sure to explore all that the town has to offer on your visit. You’re bound to find something that you didn’t expect—and it may just be the thing to keep you coming back year after year.

Written by Maggie Slepian for Matcha in partnership with West Yellowstone Chamber. 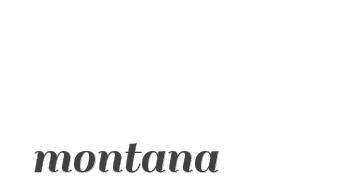